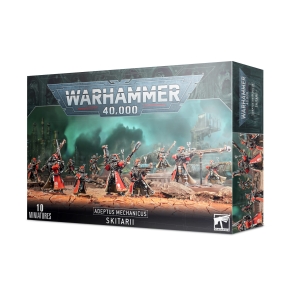 In the world after annihilation, you have to find your own way to survive and overcome further adversities. The character's profession indicates what he/she specializes in and what was his/her main occupation so far. Did he/she try to use knowledge and skills to recover pre-war scientific achievements, whether wandered the ruins in search of useful remains and loot, or whether obtained food and needed goods by attacking other survivors.

In the first edition of Afterglow: Post-Apocalyptic Role-Playing Game, to indicate the Profession player chose one of the skills in which the Survivor felt most confident, which allowed him to re-roll key tests. The upcoming edition brings significant changes to this element of the character creation mechanics.

In the third step of creating a hero, the player chooses Profession. There are nine archetypes to choose from, such as Spokesman, Wanderer, Technician and Warrior. Each of them gives access to three talents that define more precisely what was the actual Survivor's occupation. Thus, the Spokesman can be a Preacher or Agitator, Wanderer - Looter, Technician - Programmer, and Warrior - Soldier or Ruffian. The Profession talent you choose may facilitate certain tests or allow you to perform special actions that are not available to other characters.

In this step, the player also selects the equipment related to the given Profession from among ready-made sets. In combination with the equipment selected when determining the character's Origin, our Survivor already has a set of loot to begin their adventure with. This change will improve and slightly speed up character creation, allowing you to skip step eight, which was Loot. However, players who would like to have more freedom in choosing equipment, can still do so by spending the received Character Points for equipment in the next steps, or by exchanging the equipment for another.

Changing the rules of Profession allows characters to be created much more geared towards performing certain functions in the warband, while still leaving players with a wide range of options for creating a Survivor according to their vision. Enhancing the roles of characters will allow them to be more varied and more accurate for players. It will also provide additional opportunities to deal with the various challenges that the Keeper will set up agains the warband.